Bamboo is a very eco-friendly source and has many advantages over cotton as a raw material for textiles. Reaching up to 35 meters tall, bamboos are the largest members of the grass family. They are the fastest growing woody plants in the world. For example…bamboo can grow at an amazing rate of 3-4 feet a day making it a very sustainable and renewable product. There are over 1600 species of bamboo found in diverse climates from cold mountains to hot tropical regions. About 40 million hectares of the earth is covered with bamboo, mostly in Asia. The high growth rate of bamboo and the fact that bamboo can grow in such diverse climates makes the bamboo plant a sustainable and versatile resource. The bamboo species used for clothing is called Moso bamboo. It is the main species for bamboo timber in China, where it covers about 3 million hectares (about 2% of the total Chinese forest area) and plays an important role for the ecological environment. 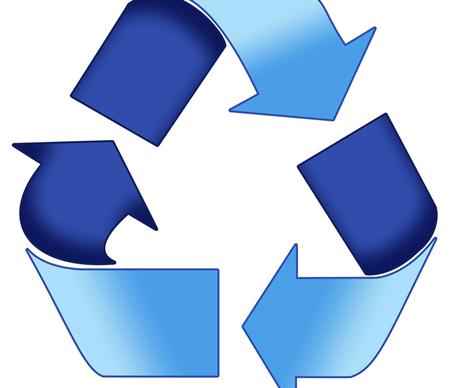 Bamboo is nature’s most sustainable resource. Bamboo regenerates after being cut just like a lawn and continuously sends up new shoots after harvesting without the need for replanting. Growing at a rate of up to four feet per day, bamboo holds the world record as the fastest growing plant, Bamboo reaches maturity and can be harvested every 3-5 years, as opposed to 25-70 years for commercial tree species. Once a new shoot emerges from the ground, the new cane will reach its full height in just 8–10 weeks. Bamboo can be continually re-harvested with no damage to the surrounding environment. This regular harvesting is actually of benefit to the health of the plant – studies have shown that felling of canes leads to vigorous re-growth and an increase in the amount of biomass the next year.

Yield and land use

Land use is of global importance as the world’s seven billion people compete for water, food, fiber and shelter. Sustainable land use practices provide both economic and environmental advantages. Bamboo can be used as food, fiber and shelter and due to its ease of growth and extraordinary growth rate it is a cheap, sustainable and efficient crop. Bamboo grows very densely, its clumping nature enables a lot of it to be grown in a comparatively small area, easing pressure on land use. Yields of bamboo of up to 60 tons per hectare greatly exceed the yield of 20 tons for most trees and only 1-2 tons per hectare for cotton with a one-time planting for bamboo and little care and maintenance needed. In a time when land use is under enormous pressure, bamboo’s high yield per hectare becomes very significant.

Bamboo is good for the environment. Human activity is not only producing more carbon dioxide, but it is also severely damaging the ability of the planet to absorb carbon via its carbon sinks — the forests. Growing forests absorb CO2 but deforestation results in fewer trees to soak up rising levels of CO2. Bamboo removes CO2 from the atmosphere and generates up to 35% more oxygen than equivalent stands of trees and is a critical element in the balance of oxygen and carbon dioxide in the atmosphere. One hectare of bamboo sequesters 62 tons of carbon dioxide per year while one hectare of young forest only sequesters 15 tons of carbon dioxide per year. By growing and using more bamboo, we can help combat global warming. Bamboo also offers an opportunity to stop the destruction of forests, as it can be selectively harvested without destroying the grove or stand. Additionally, bamboo’s ability to rapidly soak up excess nutrients contained in waste water has captured the attention of environmental and manufacturing engineers as an environmentally safe and reliable way to deal with waste issues.

Bamboo planting can slow deforestation, providing an alternative source of timber for the construction industry and cellulose fiber for the textile industry. It allows communities to turn away from the destruction of their native forests and to construct commercial bamboo plantations that can be selectively harvested annually without the destruction of the grove. Tree plantations have to be chopped down and terminated at harvest but bamboo keeps on growing. When a bamboo cane is cut down, it will produce another shoot and is ready for harvest again in as little as one year. Compare this to cotton – harvesting organic cotton requires the destruction of the entire crop causing bare soils to bake in the sun and release carbon dioxide into the atmosphere. Before replanting next years crop the cotton farmers must till the fields which releases yet more CO2.

Very little bamboo is irrigated and there is sound evidence that the water-use efficiency of bamboo is twice that of trees. This makes bamboo more able to handle harsh weather conditions such as drought, flood and high temperatures. Compare bamboo to cotton, which is a thirsty crop – it can take up to 20,000 liters of water to produce 1 kg of cotton and 73% of the global cotton harvest comes from irrigated land. Some estimates indicate that cotton is the largest user of water among all agricultural commodities.

Bamboo stabilizes the earth. Yearly replanting of crops such as cotton leads to soil erosion. The extensive root system of bamboo and the fact that it is not uprooted during harvesting means bamboo actually helps prevent soil erosion and preserve the soil by removing excess nitrogen. The bamboo plants root system creates an effective watershed, stitching the soil together along fragile river banks, deforested areas, and in places prone to mudslides. It also greatly reduces rain run-off. Conventional cotton-growing also causes a severe reduction in soil quality through the impact of constant use of pesticides on soil organisms.

As a natural product derived entirely from plant cellulose, bamboo fiber is biodegradable in soil by micro organisms and sunlight. Having reached its useful life, clothing made from bamboo can be composted and disposed of in an organic and environmentally friendly manner. Synthetic fibers such as nylon and polyester are not biodegradable and remain in landfill for longer.

Bamboo is organic. A huge benefit of using Bamboo as the organic fiber for textiles is that it is naturally antimicrobial and hypoallergenic, which means that bamboo does not require pesticides, fertilizers or chemicals and no irrigation is required for its growth aside from natural rainfall, at any stage of its growth or harvesting, unlike cotton and other fabric sources. Bamboo also contains a substance called bamboo-kun – an antimicrobial agent that gives the plant a natural resistance to pest and fungi infestation, though some pathogen problems do still exist in some bamboo plantations. By contrast, only 2.4% of the world’s arable land is planted with cotton, yet cotton accounts for 24% of the world’s insecticide market and 11% of the sale of global pesticides. Many of these pesticides are hazardous and toxic. An estimated 1 million to 5 million cases of pesticide poisoning occur every year, resulting in 20,000 reported deaths among agricultural workers and at least 1 million requiring hospitalization. Even organic cotton farming uses pesticides – copper and copper salts. Fertilizers are also applied to cotton fields to increase growth rate and crop yields.